On the checkout page of the Lazy Bee Scripts web site, there’s a drop-down list that allows the customer to select their title.  It’s a very short list.  I think the record for choice of titles was held by a Canadian web site with over a hundred, but I can’t find that one, so I’ll have to make do with citing Fortnum and Mason which (when I last checked) listed 56 options.  (They anticipate more orders from military officers, bishops and nobility than we do).  Our list has just seven options.  I’m thinking of scrapping it, or replacing it with just one.  Aside from the gender-neutral options (Dr, Prof, Rev), there is one male honorific and three female: Mrs, Miss and Ms.  One of the reasons for scrapping it is the number of instances in which we end up addressing men with the title Ms.  This happens because a small number of men seem to assume that the default title is (or should be) the male one, whereas Ms is our default because, by a small margin, when we first set the list, most of our customers were female.

We offer Mrs and Miss because some women find Ms clumsy and artificial – but then all titles are artificial.  Aside from signifiers of earned rank (Doctor, Brigadier, etc.), titles are a social construct; a polite form of address.  They are an artefact of a language and society.  Some languages do without them (my friend suggested Norwegian as an example), some rely on patronymics for polite formality.  English has co-opted Master and Mistress, originally polite acknowledgements of authority, and then corrupted the latter by turning it into a designator of marital status, whilst not adopting the same path for the male component.  (Some weeks ago, when I was discussing this subject, I came across Sara Wheeler talking about this on Radio 4’s ‘A Point of View’.  Well worth a listen, particularly if you want a little more of the history.) 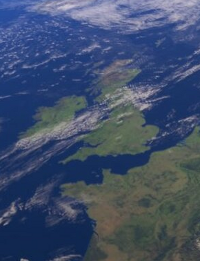 I am of the view that not only is it unnecessary to use a form of address that includes marital status, but also that for most forms of communication gender is completely irrelevant.  But what should one do instead?  I am so old that I find the polite form deeply ingrained.  The problem with ditching all titles – which is otherwise a good option – is that it loses the distinction between politeness and familiarity.    As it is, I can distinguish between formal enquiries and snake-oil salesmen who are trying to pose as my best mate.  I would prefer to have the option of a polite form of address.  The friend with whom I was discussing this preferred M, others already use Mx.  I’m afraid that those irritate me.  I think it’s the way they stand for something without that something being explicit.  I would prefer to co-opt a word that is already in use.  “Comrade” carries too much baggage (Tovarisch).  “Friend” would be inappropriate in some circumstances (a court summons, for example).  My favoured option is Citizen.  It’s a bit long-winded (three syllables), but it conveys a polite address to someone with a shared participation in society.  (Arguably, it is weighed-down by the French Revolution, but these days most of us aren’t particularly troubled by that.)  One objection to Citizen is that, technically, British people are not citizens; in a monarchy we are subjects.  (I object to being a subject.)  One cannot address a customer as Subject.  I looked-up synonyms for Citizen, hoping for something better.  The results were mildly depressing: subject, national, native, taxpayer, voter.  The best (but most ridiculous) was cosmopolite.

So, do you mind if I call you Citizen?

That which we call – well, anything, really…

When Stephen Fry was asked why he had called his autobiography Moab is My Washpot, he replied that people didn’t remember ISBNs.
Things need names; preferably memorable names (not necessarily metaphors from the Book of Psalms) but do they need to be tied to the content?

I got into a discussion about this a long time ago with folk singer Andrew Cronshaw.  He had an album  (yes, I’m back to the days of vinyl again) called Earthed in Cloud Valley.  That title sounds like some form of mysticism unless you know that it’s a line from a Cheshire hunting song.  (The Cloud in question is Bosley Cloud, a hill on the Cheshire-Staffordshire border – and the point of the line 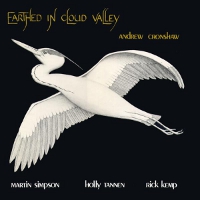 “earthed in Cloud Valley” is that the fox had gone to ground and evaded the hunters.)  The song itself was not part of Cronshaw’s repertoire; he took the view that his collection of songs needed a title, but it didn’t need to be – and indeed he preferred that it was not – a title that had anything to do with the songs.

Geoff Bamber has form in this respect.  The title of his farce for adults, How Does Your Garden Grow has, arguably, nothing to do with the content.  More recently, I challenged Geoff about the title of one of his new youth theatre plays.  He had called it The Prince’s Tale, and a prince was integral to the plot, but his role was accomplished without ever setting foot on the stage; he was talked about, but neither seen nor heard.  Geoff’s response was that his original conception was along the lines of a Canterbury Tale, but that idea got ditched somewhere in the development process, and the plot mutated into something completely different (about a rather petulant princess).  Retaining the original title was, in this case, an oversight.  I gave him a list of suggestions, of which my favourite was The Old Sulk Road, but in the end he chose a title of his own.  Thus whilst we reviewed and edited The Prince’s Tale, we published Courting Aurora.