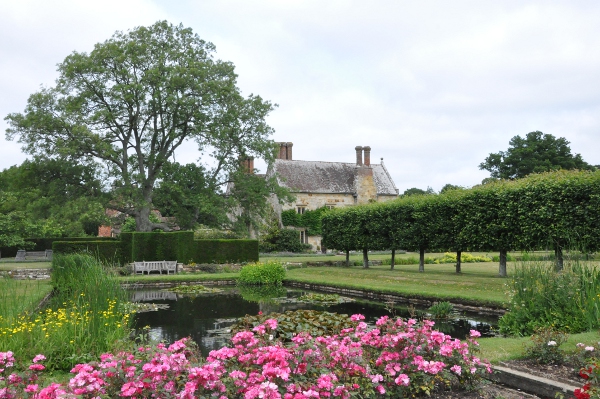 Amongst a variety of excursions this summer, we went to Bateman’s, the one-time Sussex home of Rudyard Kipling.  It is now owned by the National Trust who are trying to restore it as much as possible to the way it was in  Kipling’s time.  This includes a rectangular lily pond of about thirty feet wide and fifty feet long.  It is not, by any stretch of the imagination, a boating lake.  Despite this error of scale, Kipling kept a boat there for the amusement of his children.  This was a small paddle boat – the sort with a hand-cranked paddle on either side – with a capacity of one adult or a couple of children.  He named the boat RMS Queen Mary.  The National Trust recently built a copy of the boat.  Now, whilst Kipling was a private individual and could name his private boat whatever he chose, the National Trust is in the business of opening houses to the public; they needed to play by the public and commercial rules.  In order to name a small paddle boat on a lily pond, they had to apply for permission to Cunard, the owners of the RMS Queen Mary trademark.  Cunard refused permission.
Now, you may well think that this is ridiculous.  I would argue that Cunard were wrong to refuse the use of the name for this purpose.  Nevertheless, this illustrates the law – the National Trust could not use a trademarked name (in this context) without permission (they named the boat 534 for a good and logical reason that escapes me completely).  The same law applies to writers and publishers…

Playwrights – Pushing the Boat Out

The rules that apply to playwrights are a mixture of copyright and trademark law.  Broadly this might be summed-up as “you can do anything with anyone else’s intellectual property provided that you have their permission”.
Ah, but there’s the rub.  You have to ask for permission, and that permission may well involve a permissions fee.  For plays, the permissions fee is rarely an economic proposition.  Okay, so what can we do without permission?  (This is my interpretation of the law; I have yet to be taken to court to demonstrate how wrong I am.)

Then what can’t we do?

“Permission” covers using an extract from someone else’s work within your work.  So, for example, Jonathan Edgington got permission to use the song “Hope” by Mark Laurent in his play “Sleep Out”, and Peter Nuttall has obtained permission to use images of paintings by Alexander Millar in the context of a musical play (“Working Man”) inspired by Millar’s work.
A “Derivative” is a work in a new format or medium based on a previous work.  For example, Tony Best has, with the agreement of the author, created derivative plays from a couple of Antonia Barber’s children’s stories.  In that case, Antonia Barber is entitled to a derivative royalty for every copy and every performance of the play.
Whilst the publisher and rights agent may deal with the royalty consequences of permissions and derivative rights (Lazy Bee Scripts does this), the initial approach needs to come from the playwright to the creator of the original work.

The Boot on the Other Foot

Permissions to use extracts or create derivatives from published plays
Occasionally, Lazy Bee Scripts is approached by third parties for permissions and derivative rights.  This means that we negotiate terms, collect fees and pay a royalty to the author.  The most common approaches are

There is no automatic right to use someone else’s copyrighted work.  There are often good reasons to want to do so, but in all cases, permission needs to be sought.